How to restore aged skin with a collagen biostimulator

Collagen loss is a major contributor to facial aging. Collagen is a fibrous protein that gives structure and support to the skin. When the skin’s collagen content decreases with age, it gives rise to typical signs of aging such as saggy and loose skin and wrinkles.

The purpose of collagen biostimulators is to activate collagen renewal in the skin, and thereby help restore its inner structure and volume. Does it really work and exactly how do biostimulators help renew the skin? Find out in the article.

What is a collagen biostimulator?

A collagen biostimulator consists of a substance that is injected into the deep dermis, the middle layer of the skin. Once injected the substance will stimulate collagen production. A treatment with a collagen biostimulator is a so-called minimally invasive treatment, with little or no downtime. The effect is gradual; results are generally visible a few months after the initial treatment and last up to two years or even longer.[1]

The first collagen biostimulator that was launched uses poly-L-lactic acid (PLLA) to revitalize collagen production. PLLA is a substance that is otherwise used in dissolvable stitches for wound management.[2] Since the launch of the original biostimulator with PLLA, another biostimulator has been launched that uses calcium hydroxylapatite, a mineral that is found in human bones and teeth. This article will primarily cover the PLLA biostimulator, however, the mechanism of action is similar.

How does it work?

For the product that uses PLLA microparticles, the microparticles are first reconstituted in sterile water and are then injected into the deep dermis. Immediately after the treatment, water and other constituents in the product will cause a temporal swelling and thereby reduce the appearance of wrinkles and loose skin. Within a few days, the body will absorb the liquid and the defects will appear uncorrected again.

Gradually, the collagen stimulator will replace the structural support lost during aging and improve skin laxity.[3]

A collagen biostimulator is not a quick-fix. When it comes to the PLLA biostimulator, the effects appear gradually over the course of several months and can last for up to two years or more.[4]

Gradual and long-lasting effects are also what most consumers are looking for. In a clinical study, 75 percent of the women preferred gradual results that last two years over immediate results lasting 12 months.[5] Another study has showed that women over 50 are dissatisfied with physical changes like sagging skin and feel trapped within an older body.[6] This is where a collagen biostimulator can make a difference as it targets collagen loss—one of the major contributors to loose skin and wrinkles.

What results can you expect?

According to clinical studies, a PLLA biostimulator activates the body’s ability to produce collagen, which restores the skin’s inner structure and renews its natural firmness.[7]

It is important to know that it is difficult to get an exact measure of firmness and elasticity. Often, indirect measurement methods are used, for example a cutometer. A cutometer uses a small probe that is pressed to the skin surface. The skin is then exposed to a negative pressure, which will draw the skin into the probe (also called suction method). The resistance of the skin to the negative pressure is interpreted as skin firmness and its ability to return to its original position (when the negative pressure has been discontinued) is interpreted as skin elasticity.

It is often easier and more straightforward to take a before and after photo to evaluate changes in loose skin, deep folds, wrinkles and other signs of aging that you wish to reduce. This is a wise recommendation for all kinds of aesthetic treatments.

The images below show the result of a PLLA biostimulator before and 25 months after treatment. 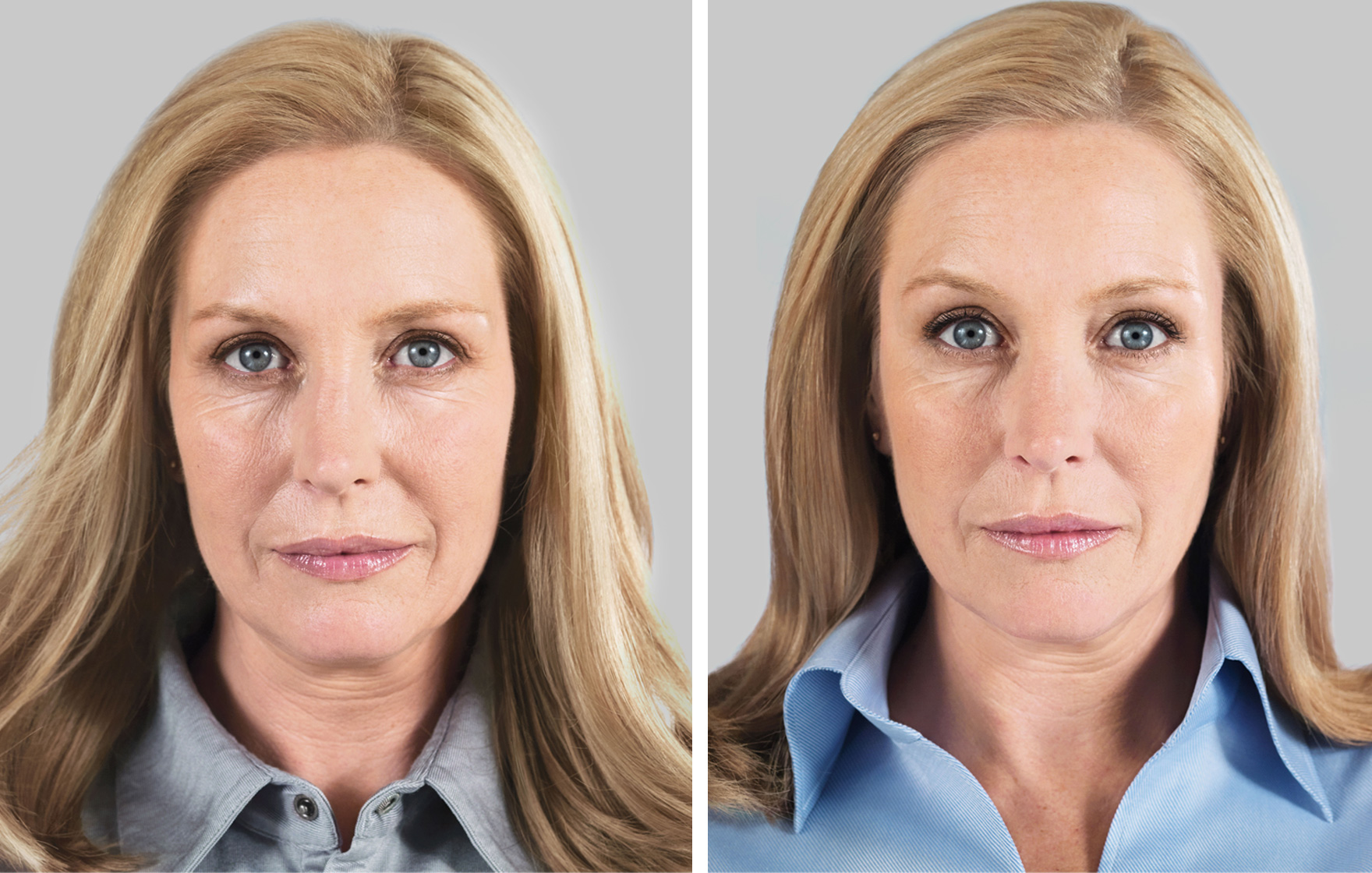 Just like other aesthetic treatments, biostimulators can cause side effects, even if it is a minimally invasive procedure. To better understand the benefits as well as side effects, you should always consult with an experienced healthcare practitioner.

Could a biostimulator be something for you? Consult with a healthcare practitioner in your area.

The essentials you need to know about collagen
Sagging skin to firm skin: Rebuilding collagen naturally
Restore aging face or sunken cheeks with collagen treatment
What happens with natural collagen in the skin as we age?
The ABC of collagen for skin: creams, food, peels, injections
FIND A CLINIC